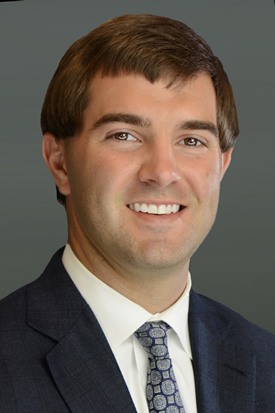 George V. Laughrun III (Trey) is an associate at GCLLG and recently joined the firm in 2015. He works primarily in the area of Criminal Defense. He represents clients on traffic, misdemeanor and felony cases in Cabarrus, Gaston, Mecklenburg, Iredell, Rowan, and Union counties.

Prior to joining the firm, Trey was an intern for two summers at the Charlotte-Mecklenburg Public Defenders Office. He was also an intern at GCLLG in the summer of 2009.

Trey was born and raised in Charlotte and in his free time he enjoys playing basketball in the Mecklenburg County bar league, vacationing at the beaches of South Carolina and spending time with his family.