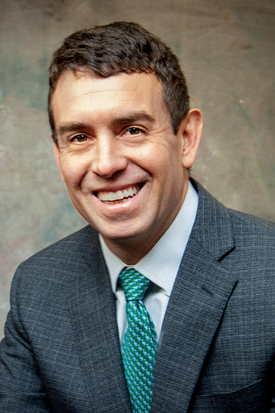 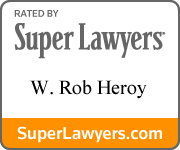 Rob represents clients in criminal matters in state and federal courts both in Charlotte and throughout North Carolina. He handles high-stakes criminal matters such as white collar criminal charges and investigations, large-scale drug trafficking conspiracies, weapons violations, homicides, and sex offenses, and is not afraid of trial.  He represents individuals who have been federally indicted or targeted in the Western, Eastern, and Middle Districts of North Carolina for drug and weapons charges, immigration offenses, and white collar crime. His work frequently involves representing individuals who are the subject of investigations who want to know their legal options and whether steps can be taken early on to protect themselves.

He is licensed to practice before the Fourth Circuit Court of Appeals, the North Carolina Court of Appeals, the North Carolina Supreme Court, and the Board of Immigration Appeals. He has worked on criminal and immigration cases in North Carolina, South Carolina, Georgia, Florida, California, Pennsylvania, Illinois, Louisiana, and Texas.  He and his cases have been prominently featured in media including the L.A. Times, MSNBC, CNN, Nightline, the Charlotte Observer, and Geraldo at Large.  Both the New York Times and the BBC sought out Mr. Heroy for commentary on the El Chapo trial.  He is frequently invited to speak at continuing legal education seminars on criminal law topics.  He was recently recognized by a journalist with the Los Angeles Times for his assistance in contributing to the knowledge of organized crime in the Charlotte area in the novel Dreamland.

Rob also represents individuals on a wide range of immigration matters with a focus on detention and removal. He primarily represents individuals in the Charlotte, Stewart and Atlanta Immigration courts, but on occasion conducts hearings in other courts throughout the country. Additionally, he represents detainees in the immigration courts and has challenged their detention through habeas corpus proceedings in both state and federal courts. In a number of cases, he has been able to obtain post-conviction relief for criminal convictions which have allowed his clients to remain in the country. He has presented at continuing legal educations seminars before other attorneys on the subject of immigration law.  He has been accepted as an expert witness in the area of immigration law in Mecklenburg County Superior Court.

He is experienced in state and federal criminal appeals, including the North Carolina Appellate Courts, the Board of Immigration Appeals, and the Fourth Circuit Court of Appeals. Between those courts, he has handled over 50 appeals.  Between 2013 and 2015, in the N.C. Court of Appeals, he obtained reversal of a client's 35-year drug trafficking sentence based on insufficient evidence and in a separate case, overturned a number of felonies convictions for a juvenile whose confession was improperly coerced.  He obtained a 100-month sentence reduction on remand for another State client, and obtained a remand for resentencing from the Fourth Circuit for a 2-year reduction for another client (read more).  In 2015, in another published decision, he obtained reversal by the Court of Appeals of a juvenile's felony convictions based on a failure to properly obtain a confession by the police.  (read more)

Business North Carolina Magazine has consistently selected Rob to the Legal Elite for criminal defense, and for the newly created category of immigration law, an award in which Business North Carolina polls attorneys to vote for the top 3 percent of attorneys in their field. North Carolina Super Lawyers selected him as a Rising Star in criminal defense. Martindale Hubbell has rated him as an AV Preeminent lawyer, their highest rating for legal ability. Martindale also lists him as having a 4.9 out of 5.0 client rating. He has a 10 out of 10 attorney rating on Avvo.com. He was selected to the Mecklenburg County Bar Leadership Institute in 2011.

He previously was an adjunct professor with the Charlotte School of Law, teaching in the areas of appellate practice and advanced criminal law.

He has received significant pro bono awards and recognition over the last several years.   He is on the Board of Directors for the Mecklenburg County Bar Foundation and has served for as copresident of the Mecklenburg County Criminal Defense Bar for the last two years.  Outside of the law, he was a finalist in the 2010 World Series of Poker and is an active cross-fitter and F3 member.  He is married to Katie Heroy, and together they have three little boys, Linus, Arthur, and Leo.