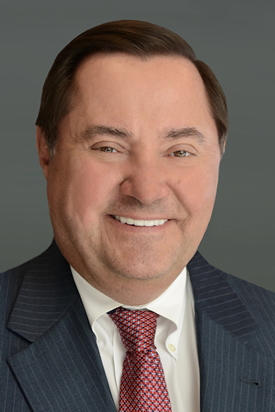 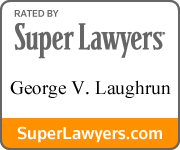 George V. Laughrun II is the senior partner at GCLLG and has been practicing with the firm since 1982. For 2 years, prior to joining the firm, he worked as an Assistant District Attorney in Mecklenburg County (North Carolina), prosecuting cases in both District and Superior Court.

During his 34 years of practice, Mr. Laughrun has tried over 150 jury trials and cases in all federal courts within this district and in other jurisdictions including: The United States 4th Circuit Court of Appeals, The North Carolina Court of Appeals, The North Carolina Supreme Court and on December 5, 1983 he was also admitted to practice before The United States Supreme Court.

Mr. Laughrun has been a Certified Criminal Law Specialist, as defined by the North Carolina State Bar, since 1991, and has held an "AV" Preeminent rating from members of the Bar and Judiciary for more than 25 years. He concentrates his practice on mostly criminal and DWI cases.

In 2011, 2012 and 2013, Mr. Laughrun was listed in Charlotte Magazine's "Super Lawyer" section as one of the Top 100 attorneys in the state. In addition, Mr. Laughrun was honored by America's Most Honored Professional by the American Registry.

In 2012, Mr. Laughrun was asked to select and serve on the Blue Ribbon Panel to evaluate nominees for the 2013 North Carolina Super Lawyers Magazine.

Mr. Laughrun is happily married and has two children, both of whom are practicing attorneys in the Charlotte area. In his free time, he enjoys playing golf at Carmel Country Club where he holds a single digit handicap and was on the Board of Directors from 2009-2013.